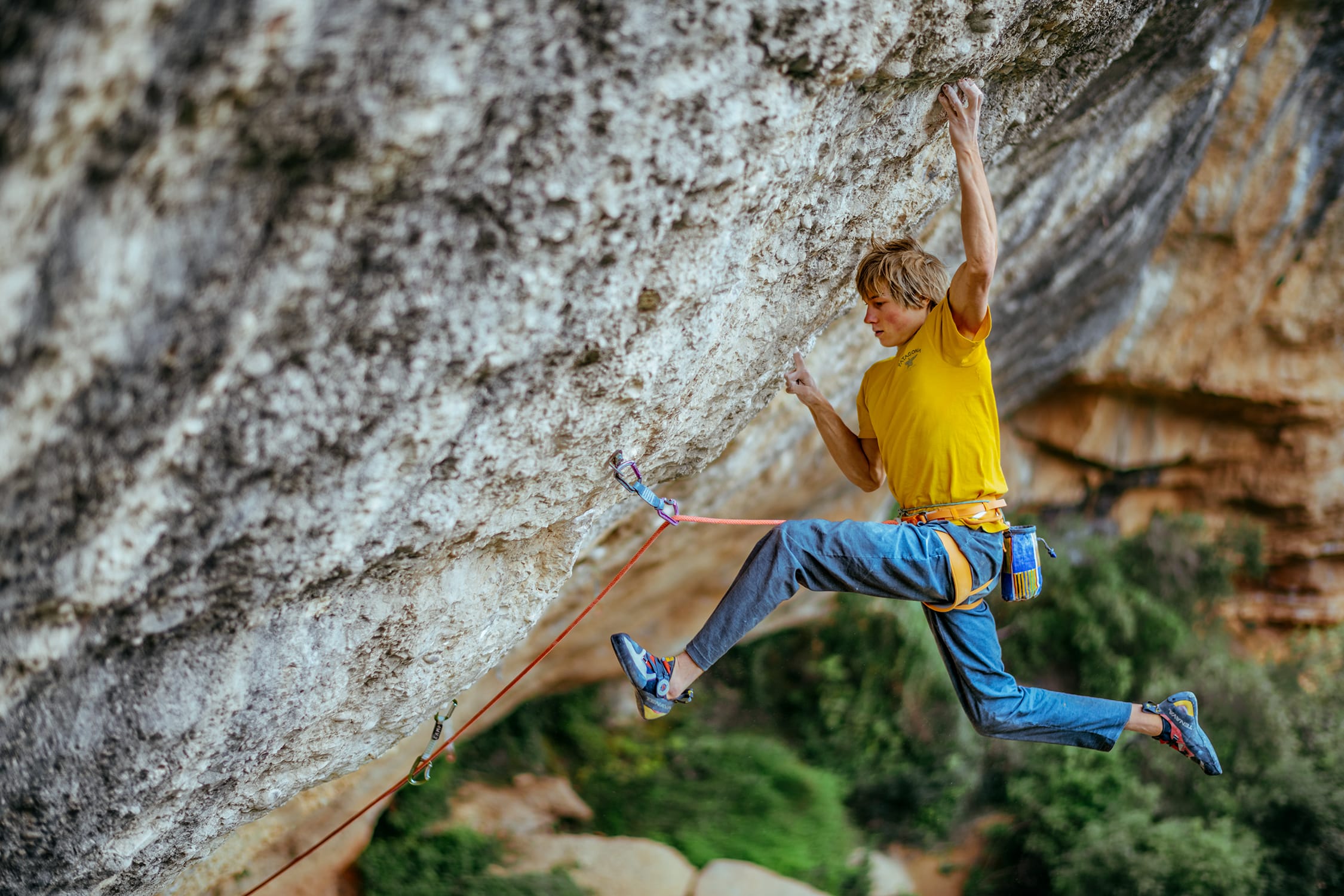 If you have ever been caught out in a thick pea-soup fog, you will know how easy it is to be lost, even within a few yards of your own front door in a street that you know like the back of your hand. On the mountains mist and cloud is never of a thick green constituency, it is white or grey. Unless it is night or snowing hard it is always possible to see fifty yards or so. But mountains have few signposts or name-plates on them, and if you wish to return home safely and on time, then you will have to learn to use and trust the map and compass.

They never give you wrong advice and are better than a ‘hunch’ when you are in doubt. Mountains look entirely different in mist and cloud, and, just as in a city fog, it is possible to be lost on a path that you have walked many times before. One Easter I was with a friend on Crib Goch in Wales. We had traversed from Cwm Gias round the mountain keeping about 500 feet/150 metres below the ridge. Mist swirled around us and somehow or other, in spite of our keeping a good look-out, we crossed the path that leads up the east ridge without noticing it. As we traversed scree slopes and scrambled over rotten rock, I realized that we had missed the track, and so we turned downhill to meet the Pyg Track.

After a while we came to the path, or a path, for even though I had walked the Pyg Track a hundred times during the past three years, this piece of path was strange to me.

It sloped from left down to right. My friend suggested that ‘home and a hot bath’ lay to the right. My map and compass said ‘left’. We went left and gradually the path flattened out, and my friend was beginning to congratulate me on my map-reading, when suddenly, within several moments of each other, two parties loomed through the mist and passed us going in the opposite direction. At once common sense cast doubt on our judgement. What would two groups of climbers be doing making for the top of Snowdon in the twilight? Obviously it was we who were going up! Out came the map and compass again, and as before they confirmed our present direction. We continued for ten doubtful minutes, and then to our relief the valley of Llanberis came into view, and we were, as the map noted, on the Pyg Track.

The moral of this story is not that I was cleverer than my friend, but that the map and compass are never wrong. The conflicting evidence of the slope and the other parties would have soon led us wrongly, had we been without map and compass.

Why didn’t we ask the other parties the way? Well, we didn’t want to hurt our pride. You all know what follows pride – in this case it was the ‘downfall’ that we wanted.

The Map
Maps come in all shapes, colours and sizes. Some of them, like the ones in the back of a diary, get the whole world on one small page. Others, like town street plans, take several square feet to reproduce one square mile. The best map by far for mountain walking is the new 1:50000 Ordnance Survey Map, or where this map is still not available, our old friend the 1 inch to the mile O.S. map. These maps are the basic sources of information for mountaineers and ramblers in Britain. The new 1:50000 map has proved that the O.S. can still produce cartography as good as any other country in the world. The scale gives about 1 1/4 inches/2 centimetres of paper for every mile/kilometre of terrain. Plenty of space for the mapper to draw in the detail that we need for hand-rails in the hills when we use a map for navigation. With this map it is possible to walk for forty kilometres and identify every farm, stream and mountain during the day.

The Bartholomew’s ‘Half-Inch’ map, although excellent for cycling, does not give enough detail for walking, while the large scale 1:25000 map is rather too detailed for normal navigation, but where real accuracy is wanted this 2 1/2 inches to the mile map is essential, for it includes walls and other boundaries in its detail. For in really horrible weather walls and fences become the only really certain clues when the path is lost.

All 1:50000 and 1-inch O.S. maps have a grid frame of squares superimposed on them. The side of this square is 1000 metres long, and for most practical purposes the vertical lines are True North.

Map References
These lines are used for pin-pointing places accurately. Six-figure references that are correct to about 100 metres can give the position of a camp-site or rendezvous. This method is very useful, for often a verbal description of a place is long and even then ambiguous.

The most frequent mistake made in working out map-references is to quote the wrong three figures first; on many maps a quick check would find what was wrong, but on some maps the figures at the sides are similar to the ones at the top and bottom. Consequently it would be possible to be completely in the wrong place with one of these ‘inverted’ bearings. I find the following dodge keeps me right.

Pretend that the bottom edge of the map is a street with the house numbers along it. The houses are tall blocks of flats, with the numbers marked in the side margins of the map. Now I say to myself, if I wish to visit a friend who lives in this area, the first thing I do is to find the right block – so I go and check the numbers at the bottom of the map first.

Only when I have done this do I worry about which floor the flat is on – and I check the side numbers for this.

Setting the Map
On the top of Box Hill, and on the top of many other high points, there is a sort of table which has a map engraved on it. This map is simple to use – you just stand behind it, pick out a named point on the table and look up in the same direction; there you will find, directly beyond, the actual place on the ground. This table is what we call ‘set’ or ‘orientated’.

Even without a compass it is easy to set a map, especially when you are on top of a known peak. Put the map down on a flat surface and twist it round until a line drawn from the peak you are on to another known object is in the same direction on map and ground. When this is done then all the surrounding valleys, peaks and passes are easy to identify.

With a compass it is possible to set the map by just twisting it round until it is in a north position. Just place the compass on a N-S grid line and then twist the map around until the needle points to the top of the map. The map is now fairly accurately set.

Conventional Signs and Contours
In between the grey-blue grid lines is a mass of information about the country that the map represents. By being able to understand the map-makers’ language it is possible to read a map like a book. The ‘alphabet’ or ‘code’ is all contained in the margin of the one-inch map. It is called – Conventional Signs. Luckily most of these signs are small drawings and hence self-explanatory. With a reasonable memory, a couple of hours’ study will enable most people to learn-off the language of the map.

When abroad it will be necessary to study a new language as foreign maps use different symbols to our own.

In mountainous parts of the country, in which we are particularly interested, brown squiggly lines dominate the map. These are the very important, to the mountaineer, ‘contour-lines’. These lines indicate the rise and fall of the ground and mark off the fifty-foot vertical intervals on the 1:50000 maps. Now and again ‘spot-heights’, marked thus – .433, fill in the picture of the surface of the land. Spot-heights have been surveyed accurately, while points marked like this – 1065, are Trigonometrical stations and their heights have been determined with the greatest accuracy as the basis of the original survey of the country. On 1:50000 scale maps the spot-heights are given in metres. On many summits you will find a concrete obelisk about three or four feet high marking a ‘Trig-point’.

A practised mountaineer can ‘see’ an area in his mind’s-eye by just looking at the contours on a map. The shape of the valleys, the steepness of the slopes, the height of cliffs are all made crystal-clear by contour-lines.

When the contours are crammed close together then steep slopes are expected, slopes (whether they be convex or concave) can be worked out by a little observation. Valleys are easy to pick out, in any case they usually have rivers or streams in them, by looking for the upward pointing V of the contours. It is easy to remember which way the contours point in a valley by noting that at the coast a river comes out of a V-shaped estuary and that the contours follow this pattern right back up to the hills.

If is often necessary, and always interesting, to know if a certain place can be seen from another in the mountains. The map gives the answer to this problem, too. First lay a piece of paper on the map and join up the two points, then mark off on the paper each contour as it crosses the edge. Next make a vertical scale on the piece of paper and project lines up from the contour marks to the appropriate height. Join up these marks and you will have a section of the area. Now if a straight line from one point to the other is not cut by the section – then intervisibility is possible. Remember when making a section that a rise in the ground with a fair amount of area above its last contour will probably be thirty to forty feet/nine to twelve metres higher than that last contour ring. Hills seldom have flat and level tops.