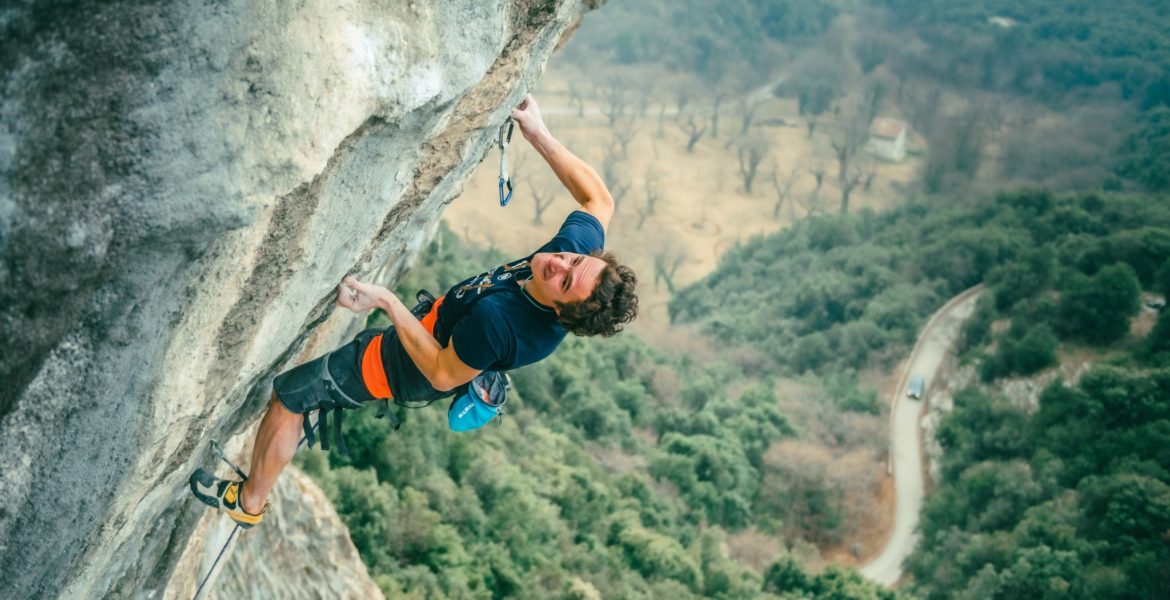 Meet Stephanie Haddad: Massachusetts writer, wife and mother. Fate saw fit that she should find her soul-mate in one of the world’s oddest creatures: the movie addict. Over time her husband has accumulated enough movies that they cover nearly an entire wall, appropriately dubbed “the movie wall.” Since most of the films were purchased by Mike, Stephanie has never seen a rather large number of them. Even many of the films that Mike has seen he hasn’t watched since buying the DVD, some are even still in their plastic wrapping. Stephanie has made it her personal mission to watch every last movie on the wall and blog her thoughts about each and ever film, titling it Climbing the Movie Wall .

For every film that Stephanie sees she makes a new entry in the blog. She includes an image of the movie poster and a basic summary of cast and crew, mainly director and actors. This is followed by her thoughts on the movie itself. One of the interesting upshots of her choice to proceed alphabetically is that she often watches series all together. For example Stephanie recently saw the first three “Die Hard” movies in a row (“Live Free or Die Hard” won’t come up until she gets to “L”) which allowed her to not only give her thoughts on each film individually but also how the three stack up to each other.

As with most project based blogs, the most famous example being Julie Powell’s cooking project as depicted in the film “Julie & Julia,” Stephanie is operating on certain rules. She resolved to tackle the wall in alphabetical order (as of this writing she’s finishing up on the “D” movies.) Stephanie also chose to limit her viewing to movies only, thus bypassing a number of TV show season sets and mini-series which would have taken quite some time to get through. While originally she set deadlines for herself she opted to loosen that particular rule so the project wouldn’t overly interfere with her daily life. She updates fairly regularly, usually putting up a small cluster over reviews (three to five) at a time.

One thing that movie buffs should be aware of is that these are not in depth reviews, they are more snapshots of Stephanie’s impressions of the films she’s seeing. Most write ups are only a few paragraphs long and for the most part she forgoes plot summary in favor of just saying what she did or didn’t like about it. So in all honesty the draw of this blog isn’t that every film gets a professional grade review. Instead it allows her to put up her first impressions and get right to whether or not she thought it was any good. She knows enough about her personal tastes to be able to recognize when a film wasn’t meant for her and is quick to point that out. The fact that many of the films were bought by her husband actually gives some of the reviews a fun touch as they’re the honest opinions of somebody who’s approaching them cold. Stephanie also replies to comments that she finds interesting so it gives the chance to create a certain amount of dialog between herself and her readers.

“Climbing the Movie Wall” is a fun little project blog, geared more towards casual movie fans (like Stephanie herself) than the hardcore movie buffs. Those who take an interest in movies but don’t obsess over them or follow movie news all the time will likely find her thoughts interesting and amusing. Her writing style is conversational and makes for a very fast read. It’s a blog worth checking in on as the project progresses if only to see if your favorite movies have shown up on her journey.