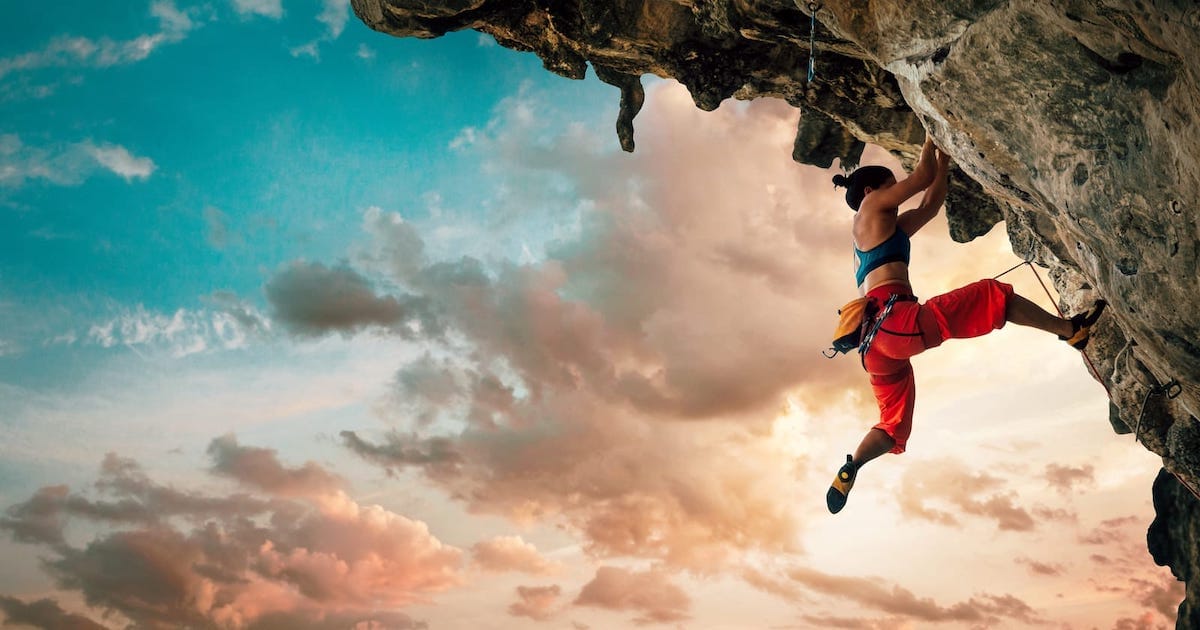 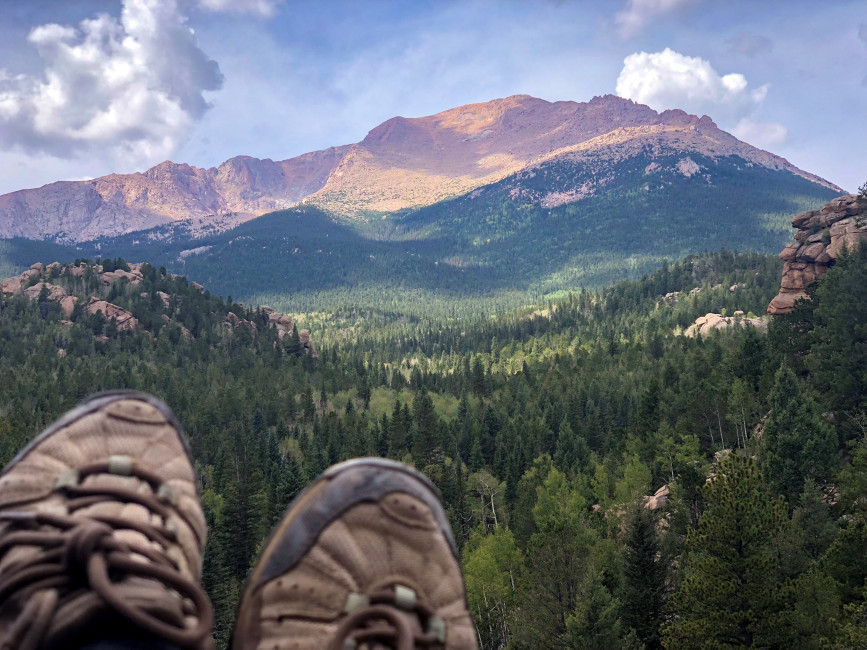 Pike’s Peak at 14,110 feet is a pink granite beacon in the midst of the Colorado Rockies. Eons ago, dinosaurs roamed the area while it was in its infancy. Native Americans followed simple paths as they crisscrossed around it, and people now challenge themselves by climbing to the top in various ways: by foot, bike, car, or the Manitou and Pike’s Peak Railway. I, too, had spent a part of my life hoping to someday climb to its summit, not only to see the vast beauty surrounding the mountain, but also to say I had done it. But it was years before it became reality.

The first time I saw the pink mountain I was about eight while on vacation out west. As my dad drove past, he related the story of Zebulon Pike, the man who once called it the “Great Peak”. In mid-November of 1806, Pike and his small band of travelers attempted the climb to the top. Intense snow storms prevented them from traveling higher than the Lion’s Den, which is about 10,000 feet high. In fact, his disappointment in failing to make it to the summit prompted him to conclude that the mountain was so high that perhaps no one would ever make it.

The original idea for me to climb to the top didn’t come from that first view. It came a year or two later when I came across a faded black and white photo of my great grandparents. Dated 1908, Great Grandma and Grandpa Overtoom stood in the dark formal clothing of the period with about twenty other passengers clustered around them. At their back was a Pike’s Peak Cog Railway car.

Romanticizing the moment in my preteen mind, I wanted to follow their example and set foot on the summit. Many years later, my husband, Ralph, and I made our annual trip to visit my mom and her husband, Fred, in their Colorado Rockies home. At 7,500 feet up, the view of Pike’s Peak during the drive to their home is unmistakable for its bald, pink top. After our joyous hugs and greetings, my mom informed us that she had made two reservations for the next morning on the Manitou and Pike’s Peak Cog Railway. My mother was making my dream a reality.

I was excited yet apprehensive. The thin air at the top would make breathing more difficult, and I knew that about an hour was the allowed amount of time at the top for people not used to the elevation.

My mom assured me, “The climb is a piece of cake! Just walk slowly and don’t run. The view is magnificent. And the best part? You can buy the most delicious donuts and coffee at the top.”

That night, surrounded by local literature, I read all I could to soak up more about this beauty. Certainly, much hard work and dedication made the first railway possible. This is true through today in order to keep the roads free of the snows that fall into early June.

The next morning, I tucked Great Gram and Gramps photo in my purse. No way would I make the trip without them, even if it was a two-dimensional photo. We secured our tickets, found our seats, and began the ascent. Breathtaking, I understood fully why Katherine Lee Bates was so inspired during her own trek to the top to write “America the Beautiful.”

The trip was indeed stunning. Not only the view of the valleys, mountains, and lakes, but also the juniper, scrub oaks, and pinion trees we passed through. We spotted smaller prairie dogs and rabbits as well as regal elk, deer, and one lone bear.

Sure enough, at the top we purchased very greasy yet delicious cake donuts and coffee, ones I’ll never forget. Exhilarated to have at long last made it to the top, we slowly made our way around the circumference.

After the allotted hour, the whistle on the train let us know they’d be leaving soon. With only a few minutes to spare, Ralph and I asked another passenger to snap our picture. Happy I’d at last made the trek to the top, I’ll forever have that memory suspended in time beside the one of my relatives.

As Mom succinctly said, “The climb is a piece of cake!”